Over the last week, we’ve been advising many of our clients as to whether they should participate in the latest Facebook boycott (#StopHateForProfit). It is the latest major issue for marketers in a summer that already felt like a year’s worth. In our mind, as we’ve advised, it is not a one-size-fits all approach. And that’s reflected in a report this week by The Information, in which CEO Mark Zuckerberg said at a company town hall that the issue is more about PR than financial: “My guess is that all these advertisers will be back on the platform soon enough.” 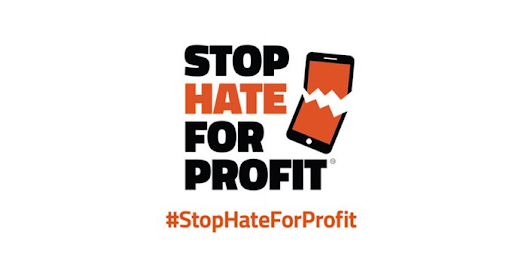 So Zuckerberg is more than content to wait everyone out, believing that the appeal of Facebook’s reach and consumer insight will be too much to pass, and the end result will be similar to the other major boycotts of his platform.

He also knows that, for all of the attention, for all of the suggestions that this time is different, that the impact has been far less. While some significant brand names are associated with the effort, originally started by civil rights groups last month, there are many others that aren’t. Consider this:

Which leads us back to the question: To boycott or not to boycott.

From our vantage point, it really lands on your priorities and values as a brand. How much emphasis (and effort and money) do you place on social causes? On human rights? On equality? On the elimination of hate speech? You shouldn’t make a choice like this just to jump on a bandwagon. Or to expect that it, alone, is going to deliver some PR value or elevate your perception as being attuned to social causes. Consumers can see right through that. You need to make this decision because you believe in its core tenets and you’ll stand behind it.

Just as important is being honest about what you hope to gain from it. Boycotts can simply be about expressing disapproval, but, more likely, your consumers will expect you to hold Facebook to change. And if you don’t truly know what change you’re demanding, then how do you know when to get off?  Or, in this case, to start spending again. That’s what Zuckerberg is banking on it when he says advertisers will be back.

One of the latest to join the boycott is Sony Interactive Entertainment for its Playstation brand, eliminating spend through the end of the month: “In support of the #StopHateForProfit campaign, we have globally suspended our Facebook and Instagram activity, including advertising and non-paid content, until the end of July. We stand for working (and playing) together for good.”

There seem to be three primary issues that you may want Facebook to address – although brands may have other considerations:

More than 500 marketers have announced their participation at this point. And while many, or even most, of those may be genuine in their support of the cause, this statement of defiance may also be one of tremendous convenience for many brands. In a difficult financial environment, not only can they cut marketing spend – but they can do so in support of a cause. But if just for July, or even though the end of the year, with no substantive change, how will consumers ultimately view them.

This isn’t the first Facebook boycott. The Cambridge Analytica data leak and inflated video metrics sparked previous outrage. And it’s unlikely to be the last.

What brands really need to ask are why, what they hope to gain from it, how much they’re really willing to see that through, and whether it matters to their businesses.