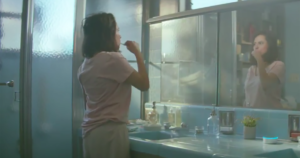 With 110 million viewers expected to tune into the Super Bowl – and the Patriots’ quest for a sixth title – a lot of eyes will be judging more than football. This is the biggest stage for brands brave enough and rich enough to play on the biggest stage. As is the case every year there is no shortage of storylines with pre-released ads and whispers about something up an advertiser’s sleeve.

Personally, I think brands that build up to the Super Bowl with some momentum have the advantage. It becomes a continuation of a story your audience already knows, as opposed to those using it as a one-and-done spot drowned out by the crowd at your party. In either case you better have some compelling digital extension and maybe some offline engagement ideas if you’re going to get your money’s worth. Dilly, Dilly!

We posed the question to a panel from across the agency: What are you expecting this year?

Assumptions Can Kill a Brand