To Dupe. Or Not to Dupe. 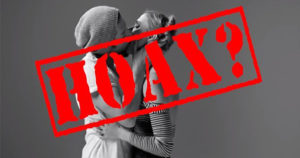 When I was a kid, I loved Sports Illustrated. Waited every week for its Thursday arrival and had it devoured by the weekend. Few stories were as riveting as “The Curious Case of Sidd Finch,” George Plimpton’s brilliant 14-page tale of the part-yogi, part-recluse who could reach 168 mph with his fastball. It was, of course, a hoax, baseball’s version of War of the Worlds. So wonderfully executed, in an April 1 issue, there was entertainment in getting taken for a ride.

I’m reminded of the story in looking through more and more campaigns that revolve around, or involve, deception. From complete hoaxes to deceitful premises, it’s hard to flip open the laptop without uncovering a campaign that straddles the line of truth. UFOs in Vancouver. Tony Hawk’s HUVr. Kimmel’s twerking fail. The More Woof dog translator. I could go on.

This is not to suggest that hoaxes can’t deliver success. Look no further than Wren, the fledgling fashion brand that had a 14,000% increase in sales following the release of the video, “First Kiss.” A touch of genius, unique enough to navigate the significant blowback from those who felt duped by professional actors and musicians being portrayed as “strangers.” For every slice of success, however, there are more that failed to hit the mark. Take, for instance, Wine to Water. The nonprofit was behind The Miracle Machine, a gadget that could turn water into wine in three days. There was a video and a plan for a Kickstarter campaign. And the backers deceived a Business Insider writer. In the end, it was just a hook to create a contact list for the nonprofit, and the subsequent response has been overwhelmingly negative.

There’s little question that in a world so cluttered with noise, it is difficult for a product, service or charity to be heard. It’s the challenge we face every day, one that proves even more challenging when products represent incremental improvements rather than truly exceptional innovation.

In our quest to break free of the clutter, have we, as an industry, let hoax marketing run amok? Has it become so commonplace that we increasingly must reach for uncommon lengths, further toeing the line between success and failure? Now that anybody with video skills and a large social network can launch a campaign, it can be tempting to go for the campaign and not deliver on the promise.

It’s important to remember that we are stewards of our clients’ brands. And their long-term health and success aren’t defined solely by immediate clicks, posts, shares and sales. If campaigns increasingly rely on or employ a level of deceit, what is the impact on an increasingly skeptical public? As it becomes a new normal, how high does that bar have to get to achieve true success?

There is no simple formula to guide marketers. But there is a basic question to ask: When your hoax or deceit is revealed, which is the point, how will your target audience react? Will they sense a bait and switch? Or feel that the deliverable is consistent with the promise. Be honest in your answers. And don’t assume that just because it’s funny or novel that your audience will agree.